8 Tips On How To Handle Your Baby Vomiting

As unpleasant as it is, vomiting does serve a purpose. It either relieves pressure or gets a toxin out of your system. In some cases, throwing up will make your child feel better instantly. In others, vomiting is just one symptom among several that provide valuable clues to the nature of your child's illness. Does he have a fever? Diarrhea? Is he dehydrated?

Our symptom guide to common and not-so-common stomach illnesses will help you distinguish a short-lived tummy virus from something more serious. 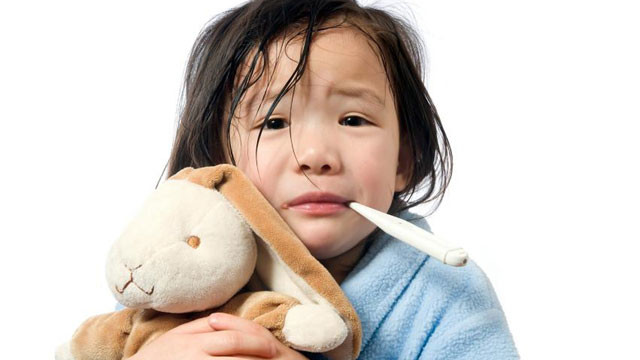 What it could be: Gastroenteritis, often called the stomach flu, is one of the most common stomach ailments in children 6 to 24 months old, though it strikes kids of all ages. Gastroenteritis in young children is often caused by rotavirus, which is easy to catch from other kids.

Fast-action plan: The best remedy for an upset stomach of any kind is to avoid drinking and eating for a few hours after the vomiting has stopped, then slowly resume fluids and foods. After your child has stopped throwing up, give him a teaspoonful of milk or juice every few minutes for about an hour. If the fluid stays down and your child is willing, encourage him to eat whatever appeals to him.

If your child has repeated bouts of vomiting or diarrhea and can't keep fluids down, try an over-the-counter electrolyte-replacement solution such as Pedialyte, which can help stave off dehydration. A dehydrated child may lose too many electrolytes (salts in body fluids that help regulate the nervous system) and have a seizure.

Call your doctor if fluids don't stay down, your child has diarrhea for 12 hours, or he shows signs of dehydration: dry tongue or lips; scant urination; or, in a baby, a sunken fontanel (the soft spot on the top of the head).

Persistent Vomiting After Nursing or Bottle-Feeding

What it could be: Pyloric stenosis, a thickening of the valve muscle between the stomach and the small intestine. The valve, normally the width of a quarter, becomes the width of a pencil -- too small for stomach contents to pass through. Pyloric stenosis is most often diagnosed in firstborn male babies at 3 to 8 weeks of age, but it can occur in female infants too. The child may also experience projectile vomiting.

Fast-action plan: If your newborn vomits after every feeding for a day or two, call your pediatrician. Once diagnosed, the condition can be corrected with simple surgery to widen the muscle's opening. Infants can usually go home within two days. 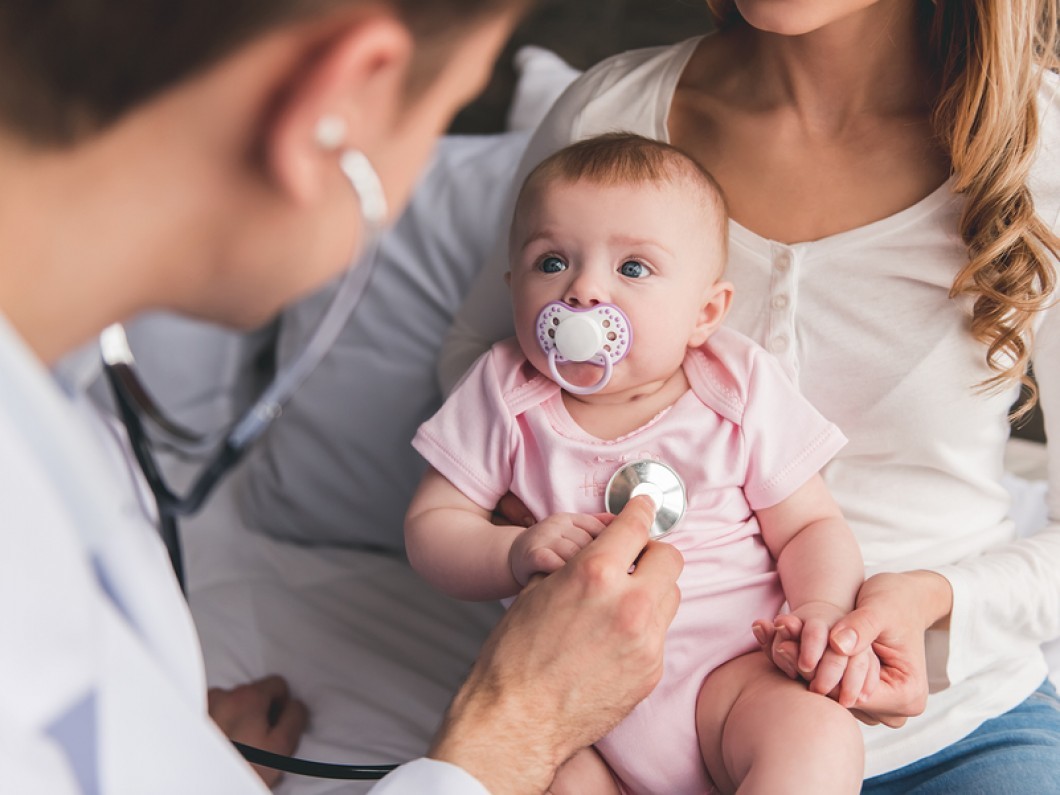 What it could be: If your child vomits repeatedly after eating and also has a rash around her mouth, on her neck, behind her knees, or in the crook of her elbows, she may have an allergy to the formula or the milk she's drinking, or to other common foods such as strawberries, chocolate, or peanuts.

Fast-action plan: Call 911 immediately if your child experiences symptoms such as shortness of breath or swelling of the mouth or throat. An extreme allergic reaction can be fatal if you don't act fast. (It's a good idea to keep an antihistamine such as Benadryl on hand; 911 might ask you to administer it.) Otherwise, see your pediatrician. A rash signals inflammation in the gut, which inhibits food absorption and proper weight gain. Overall, such reactions are rare in babies because allergies are related to consistent exposure to a food.

To minimize the risk of allergy, introduce foods according to your pediatrician's recommendations and timetable. Many doctors advise waiting until your child is 6 months old to introduce solids and 12 months old before adding cow's milk to the menu. When you do give your child a new food, watch for a reaction for several days before introducing another food, Dr. Gallemore advises.

What it could be: Your child could simply have a stomach bug and a broken blood vessel, or it could be a tissue tear in the stomach from the force of the vomiting. In rarer instances, it might be caused by a bleeding ulcer from bacteria called Heliocobactor pylori, or from nonsteroidal anti-inflammatory drugs such as aspirin or aspirinlike medication.

Fast-action plan: Call your pediatrician immediately anytime your child vomits blood. And don't give aspirin to children or teenagers. Besides upping the risk of a bleeding ulcer, aspirin increases your child's potential for developing Reye's syndrome, a serious brain-swelling disorder.

What it could be: The bright-green color means your child is vomiting bile, a liver secretion, which could indicate a gastrointestinal obstruction due to a birth defect, a meconium blockage, or a twisted bowel (volvulus). A meconium blockage and volvulus are most often diagnosed during the first month of life, although school-age children can develop volvulus if their bowel is congenitally susceptible to twisting.

Fast-action plan: Call your doctor or go to the E.R. Bile-stained vomiting is an emergency.Surgery is often necessary to correct the problem. 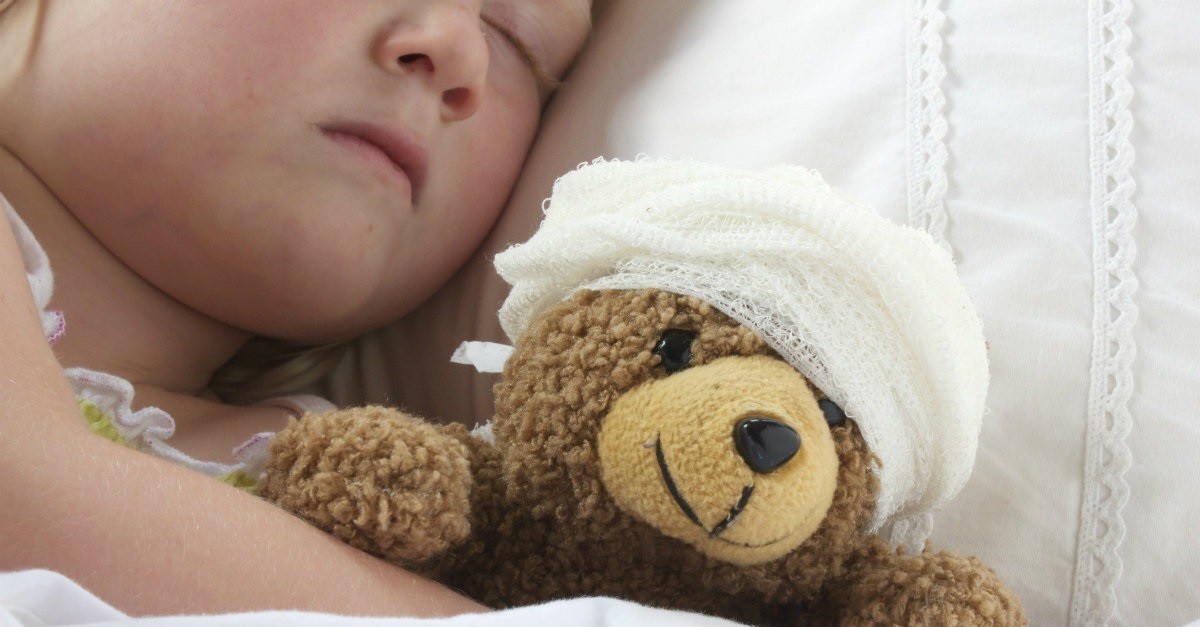 Recurrent Vomiting With No Obvious Cause

What it could be: Cyclic vomiting syndrome, which affects 1 to 2 percent of school-age children. With this brain-gut disorder (often related to migraine headaches), children experience an intense period of vomiting that lasts from several hours to several days. Weeks or months then follow in which they're symptom-free before the cycle starts again. Cyclic vomiting syndrome is not as common as a viral stomach illness, but it's often mistaken for one. Not recognizing it is a big problem, because children may be treated incorrectly for years.

Fast-action plan: If your child has repeated intense vomiting episodes, keep a log, noting how long they last and when they return. If you detect a pattern, tell your pediatrician. A variety of medications can control, though not cure, cyclic vomiting syndrome. If an episode can't be stopped, kids are often hospitalized and sedated to ease their suffering.

What it could be: Bacterial meningitis, a potentially serious brain infection. Fortunately, since the development of the Haemophilus influenzae type b (Hib) vaccine, which is one of the well-baby shots. Besides vomiting, symptoms of meningitis in older children may include headache, stiff neck, and disorientation.

Fast-action plan: Call your pediatrician immediately if your baby is vomiting, running a fever, and irritable, or if your older child is vomiting and complains of a stiff neck or seems dizzy and confused.

What it could be: Your child may have appendicitis, an inflammation of the small finger-shaped organ attached to the large intestine. It is more common in children over the age of 10. At first, she may feel mild, constant pain around the belly button. The pain is usually not too severe at the beginning, but hours later it will migrate to the lower right side of her abdomen and intensify as the infected appendix swells. If it ruptures, your child may feel better because the painful pressure is gone. Six to eight hours after the rupture, however, she'll feel ill again as toxins spread throughout the abdominal cavity. A ruptured appendix is seldom fatal, but it is serious. If you suspect a rupture, you should get medical attention immediately.

Fast-action plan: Call your doctor if your child is vomiting for several hours and complains of stomach pain, especially around the belly button or on the lower-right side of her abdomen. If she is diagnosed with appendicitis, her appendix will need to be removed immediately.

Modern and Effective Ideas For Decorating The Family Bathroom